As I was driving away from Dunkin’ Donuts after getting my regular happy hour fix, I saw a black flash out of the corner of my eye. When I looked over, on the other side of the glass I saw it: a wolf spider. It could have been a wood spider, but I’m pretty sure this one was of the canine variety. (After looking up more pictures for clarity, I am seeing them everywhere, like floaters in my eyes, and regret researching them…)

Thankful as I was that the creature had chosen not to enter my vehicle at any point when my window was rolled down, including mere moments before I saw it, I could only think of the potential that still existed for it to come inside. Everyone knows, the worst possible scenario is to lose the spider…WHERE DID IT GO? Where will it re-appear? Will it bring an army? Oh God, why?! (That’s actually never a rhetorical question when it comes to spiders. I seriously want the Big Man to tell me why.) So, I kept my eye on him-it-her…ugh. Let’s just give him a name, OK? Travis. Travis the spider. Whatever. So, I kept my eye on Travis. 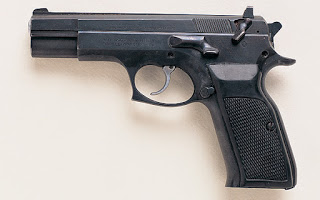 There are several areas within the city limits of Ft. Myers that are considered high crime neighborhoods. (Follow me here. Though Travis is a criminal against humanity, that’s not the point of the following information.) I read police reports for work every day and can tell you that it has become common practice to shoot a fool who sneezes in replacement for the ever-drab sentiment “God bless you.” The Fowler/Central/Willard/Edison/Franklin area may be a section that appears quite frequently in my daily reading, but it’s also my shortcut to Dunkin’. I ain’t scurred.

I have seen some amazing scenery on that route, and feel the bars on the windows, the overflowing dumpsters and hoarder houses just give the drive more character. I once stopped to warn a prostitute that was trying to pet a Muscovy duck that they will actually take a finger (surely a business asset for her) and to not feel offended that the animal ran from her. Two other times, I saw Precious’ doppelganger walking down the street. Yet another time, I nearly crashed into my boss in a “you go- no, you go” incident at a 2-way stop near Dunkin’. Apparently, he, too, appreciates ghetto aesthetics at 2:00 p.m., Monday through Friday. 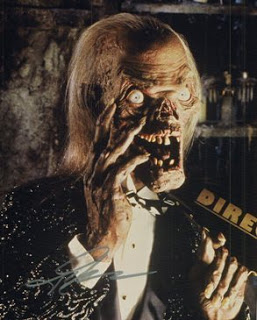 Back to Travis. There I was, balancing my iced coffee (that is always over-filled and dripping everywhere) delicately into the cup holder while navigating the bumpy road and keeping an eye on Travis (Must…not…lose him!). I couldn’t see his body, but his black, thick, pointy legs curled around my side mirror like the crypt keeper’s bony fingers on a casket lid. And mind you, this is my new side mirror that was just replaced after 6 months of going without, due to an earlier Dunkin’ episode…and now Travis was putting his damn spider cooties all over it!

Should I have just been grateful he wasn’t inside and leave it at that? He was obviously intending to crawl into a crevice and sneak in and I would have to deal with him later when I would be alone. Alone…I started to see all of the usual characters hanging around outside in that neighborhood: the guys on their moldy recliners in the front yard, the big dude with his but crack hanging out while riding a bike…maybe I should’ve asked him for help- but he rode into a busy intersection before I could stop and ask him. I realized I was leaving the ghetto and would soon be in heavy traffic…and Travis would go into hiding. IT WAS MY LAST CHANCE! I whipped into the driveway just past the Salvation Army and saw two old, black men chatting under a tree. One had a walker. I couldn’t tell if he didn’t have a foot or if there was something wrong with his foot, causing him to hold it up behind him.

I assume they were shocked to see me. My hair was in a high, severe ponytail that day. I had a full face of makeup on, dangling earrings and business attire. I am whiter than white gets (I’m The effing Ivory Wonder). And in a flash, I rolled down the opposite window and yelled to them, “Hey, I just met you, and this is crazy, but there’s a giant spider…could you kill it, maybe?” OK, that’s not what I said, but it was frantic and sounded just as desperate as Carly Rae Jepsen could ever sound. 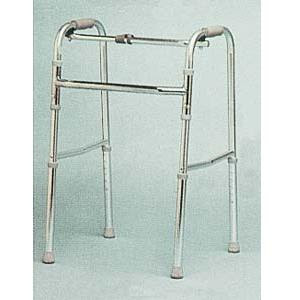 The footless gentleman didn’t bat an eye. He hopped over to the other side and I pointed to Travis. In one fell swoop, my Knight In Shining Walker squished him. How he magically had a tissue, I don’t know, but I did see dead Travis in it. (Years of having my mother lie and say, “I got him,” when she hadn’t, just so I would go to sleep, taught me to look for the arachnid body of proof.)

I might have said something about being willing to pay the guys, so I searched my purse…and I didn’t have any cash. I did have a Books-A-Million gift card (and I remembered one of my friends selling gift cards for drug money in the not-too-distant past, so I get that there is a trade for them). I rolled down my window part-way, but in doing so, I saw that Knight In Shining Walker was now holding Travis by the legs with his finger tips. (Why did he take him out of the tissue? Was that his only tissue and he needed to save it? Shit, I have napkins in my car. I should have given him a couple!) My immediate reaction was to squeal and roll the window back up. I imagined the man getting upset that I had no money, as was promised, and flinging Travis into my face. Instead, the man looked down and quickly let go of Travis, as if he had not realized he had been holding him. His face and the face of his companion’s were weathered and they seemed curious about me and this magical card I was handing them.

“All I have is this Books-A-Million gift card. It has $10 on it. I don’t know if you can sell it. I am so sorry I don’t have cash,” I pathetically said.

Knight In Shining Walker took the card, maybe a little too quickly, and both he and his friend looked at the card and then at each other and then at me, round and round, saying, “A book card?”

The card was purple with multicolored flowers all over it. They didn’t seem upset at all as I explained that there was a Books-A-Million nearby, at the Edison Mall, and that I was sure they could sell it to someone for cash. They sent me on my way saying, “Oh God bless you, sweetheart!”

As I drove away, they stood back in their spot under the tree, examining the gift card like a treasure map. I rolled down the window and yelled, “You’re my hero!”

They both laughed and waved. I wondered if they had spent their entire lives in that neighborhood, never traveling a few short miles south to see that a mall existed with said bookstore. The next day, I looked for them, but they weren’t there.

Interacting with the men made my day, and had it not been for Travis, I would have passed them on my commute back to work. They would have just been a part of the scenery.  I often give homeless people money from the window of my car, but never ask them for anything in return. This time, a homeless man did something for me with no reward.

I am passionate about both the elimination of spiders and poverty. Maybe the key in reducing one lies in reducing the other.