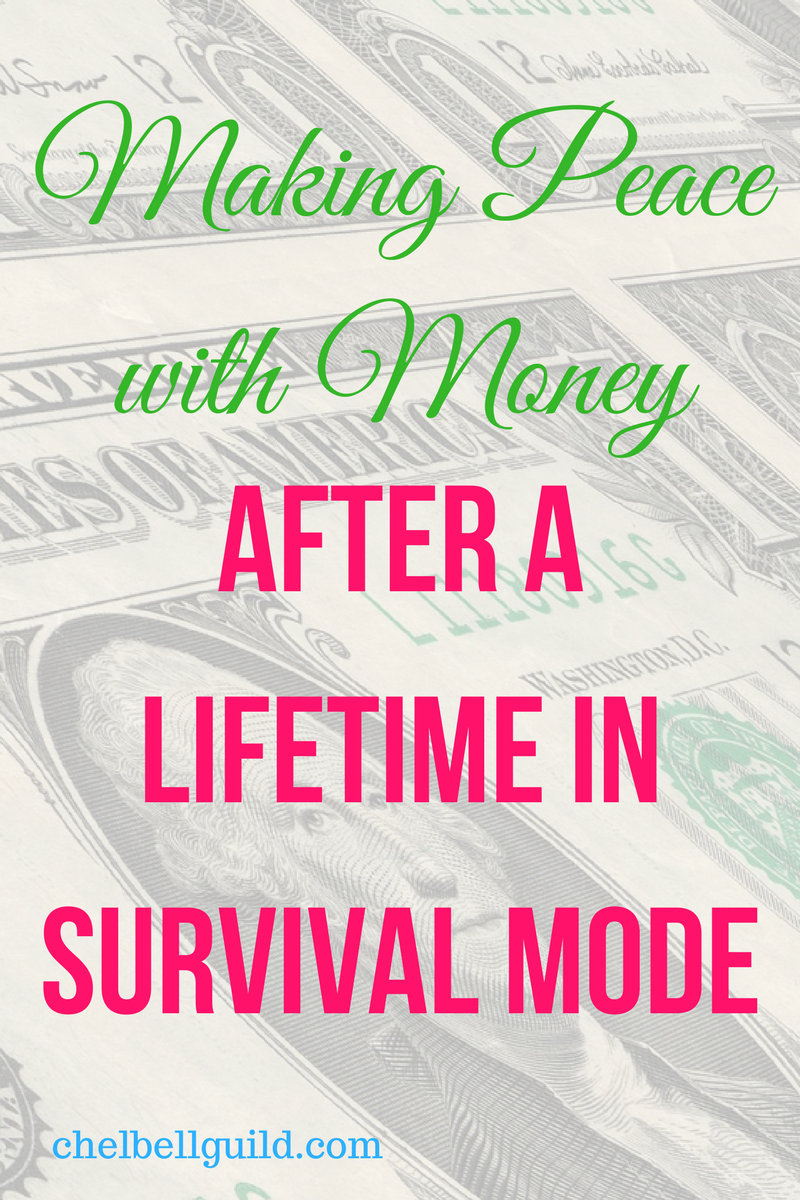 I’ve had a complicated relationship with money for my entire life. I don’t come from any to begin with, and I don’t mean this in a sort of we-weren’t-rich way; I mean it in a food-stamps-and-repossessed-cars way. I was extremely fortunate to have been sent to a private, Catholic school for nine years by my grandparents, which often only confused me more about the financial ways of the world. My classmates all came from middle to upper class households, with the majority being the latter. “Play dates” involved trips to Miami, boat and Jet Ski rides, and in one case, an epic water gun battle involving 20 kids inside of a mansion…this was like, Neverland Ranch-level shit.

At the time, I couldn’t wrap my head around why my family had gotten the short end of the stick. I certainly didn’t see it as the result of a series of multi-generational choices, some fueled by mental illness and alcoholism. I only thought that some people were assigned a poor lot in life while others were fortunate enough to be wealthy, and that the only way out of our lot was to win the lottery.

(I have to stop and point out that I am not a pull-yourself-up-by-the-bootstraps enthusiast. I recognize that there are systemic and societal reasons why some people simply cannot get ahead, despite their best individual efforts, while others are given huge advantages in the game of life. But some things are in our control, and it’s those lessons that I learned and want to share with you.)

By the time I went off to college I had learned from observation that if you choose the right major, you can drastically alter that financial assignment…but as a first generation college student, I had no idea how to navigate this territory. It seemed that one couldn’t choose a degree track that would bring both happiness and economic freedom. Being both an artistic type and a logical worry wart, I was crippled by the fear that I might make the wrong choice. It took me several schools, many life interruptions and a total ten years to graduate with a Bachelor’s degree.

I paid my way through college with grants, scholarships, loans and a few part-time jobs. I worried constantly about money because I didn’t have any. I just barely covered my bills, and more often than not, I didn’t have a solution for how to pay those bills until the last minute. My roommate would pick up food from the local food pantry for us, then we would get dressed up (in designer dresses found at consignment stores) and go to upscale bars, hoping to land sugar daddies (which would solve all of our problems), but it never happened. The closest I ever got was a date with a famous tennis player who never called me for a second (and all I walked away with was a Strokes CD I’d been wanting, but obviously couldn’t afford).

In my first marriage (to a man who came from a similar background and understanding of money as I had), we kept our finances separate, having brought lots of debt into the marriage and having incurred plenty more in the duration of it. While Suze Orman’s

advice made a lot of sense to me, I wasn’t making enough money to tackle my debts and properly invest and/or save. We made some frivolous choices in the span of our seven-year relationship, and bought a house out of our price range. The recession only made matters worse, and in the final year of that marriage, our family of three survived on an amount well below the poverty line.

Thankfully I got back on my feet and, with the exception of that ever-present student loan debt, I cleaned up the financial mess I’d made. I am in a drastically better place than I was a decade ago, but life happens and babies, surgeries, plane tickets, cross-country moves, and home-ownership all take a toll on the budget. If we fixate on money troubles (or any one problem), we just might manifest more of it, but the truth is that some issues are inescapable. There’s no candy-coating the fact that sometimes the bills are due while my bank account is at zero. I can’t wish that away. And while I love the theory behind The Secret

, I won’t magically be getting a check for $50,000 in the mail tomorrow and neither will you. Sorry. Having said this, I’ve brought a lot of really positive things into my life all because of various mindset changes that led to action.

I also fully recognize that a part of my feelings toward money are a product of a survival mindset established in my childhood. Do we have enough? Are we going to be OK? Am I safe? This is the bottom line. We all have to actively work to undo the faulty lessons we, for whatever reason, learned along the way. You’re never too old or too far gone to quit a bad habit, and I actively work to loosen my death grip on my family’s checking account on a regular basis.

I may still be learning how to boost my savings account, but I’ve certainly got my PhD in living frugally. (You learn quickly how to stretch a dollar when you’ve only got one left.) Stay tuned for more articles on spending less, saving more, getting your money’s worth, and making smart investments in a series I’m calling Save vs. Save.