Right now, I am sitting by a fireplace, sipping hot cocoa and watching snow fall outside of my window. A sparkling blanket of snow has accumulated on my balcony. What could be more postcard-worthy? After spending nearly my entire life in sweltering Florida, this is paradise.

Following such a tumultuous month, my fingers start and stop on the keyboard as I wonder where to begin.

Once we had made our decision to move, we had to sell our home, many of our belongings, and my car, while solidifying a place here and figuring out the best (least expensive) way to get what remained of our things from Southwest Florida to our new digs in Detroit. We took things day-by-day and made it out alive, which is somewhat literal as I got some scary health news a week before we had to leave. Prior to my own health news, my mom received a shitty diagnosis that would leave anyone’s head swirling. The point is, I’m not sure how I haven’t lived off coffee and Xanax for the last month. 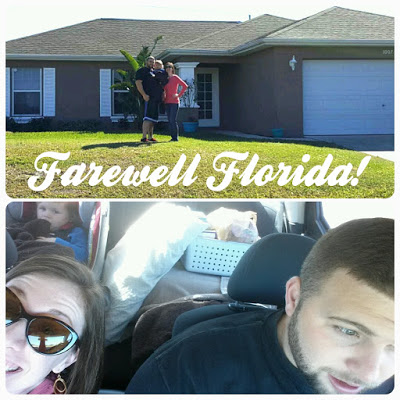 Several times, people asked me how I was so calm, and I have to say that calmness can be a learned state. It by no means signified that I wasn’t stressed, anxious or terrified. I just realized most of the things to worry about were out of my control and that freaking out wouldn’t help the situation. It’s these times that I am particularly grateful for what I’ve been through so far. It was essentially all training for how to cope with life. Where others may have seen the negatives, I honestly was excited and optimistic about the entire expedition.

I got choked up three times during the process: once, at the guilt I felt in needing to give up one of our family pets. I was overwhelmed and wanted to take anything I could off my plate. I’m a huge advocate for what I’ll call pet permanency, wherein you bring one into your life after extremely careful consideration and that you commit to taking care of it until death do you part. Though I weighed my options after pondering my own future of possible surgeries and treatments from My Big Scary Health News, and was also thinking about taking care of my mom post-relocation, I still felt tremendous sadness in making the choice to re-home a pet. While no one was interested in taking my old, disobedient chihuahua, my beautiful and extremely well-behaved cat went to live with a feline aficionado. It was a hard decision, but ultimately, I knew she would be fine and that it was best for all of us.

Another time was when I was given said Big Scary Health News (and when a doctor hands you tissues before giving you the news, you’re kind of set up to cry), and yet another, was as I watched all of my earthly possessions drive off in a PODS container. (Both of those times are connected, however, as I thought I might literally never seen my things again.)

Because we haven’t been on a true family vacation since I don’t know when, because recent health info gifted us with a wake-up call, because my husband had a week until his job started, and because we had to travel through five states anyway, we decided to take a slow road trip to get Detroit. We visited friends in Atlanta, explored a waterfall in Tennessee, and spent time with family in Kentucky. We savored it all as we journeyed North, into cold temperatures. It was in Michigan that we were actually greeted with snow. 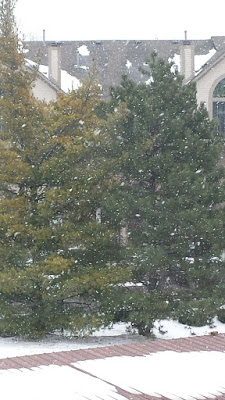 A good time for an aside: While I hope to visit each of the 50 states before I die, driving through the Bible belt is always something I dread. There’s no inspiration to be found between the rebel flags flying, anti-choice billboards, other billboards threatening the reader into believing in Jesus, while still others advertise strip clubs and “massage,” mixed in with the sound of gunshots and the incredibly unpatriotic jokes against President Obama printed out and posted inside local gas stations. This region drowns in hypocrisy…but as long as they all go to church on Sunday, I guess it’s OK.

My son, notorious for being terrible in the car, handled the trip really well and only got antsy at the end of each day, vocalizing what we were all feeling and signifying that it was time to call it a night. It was the same with our dog, who is known for his ear-piercing screeches and howls on car rides. The planets aligned for us and the trek was peaceful, including the phone call I received from my doc mid-trip, letting me know my results: false alarm. (More than $13,000 later, how can I care about a price tag when I’m going to live, right? Again, another post.)

We three Floridians (the chihuahua was born in New Mexico) rolled into D-town on a Wednesday night, during a winter storm. We even went sledding! And after two weeks of sleeping in other people’s beds (most of the time, on an air mattress), we were thrilled when our stuff arrived, safe and sound.

Though everyone has questioned our move away from sandy beaches and toward snowy pines, we have yet to find a real drawback in our decision. We made it, in every sense (by our family’s definition), and are so grateful for it.

What journey, literal or figurative, are you grateful for this year?