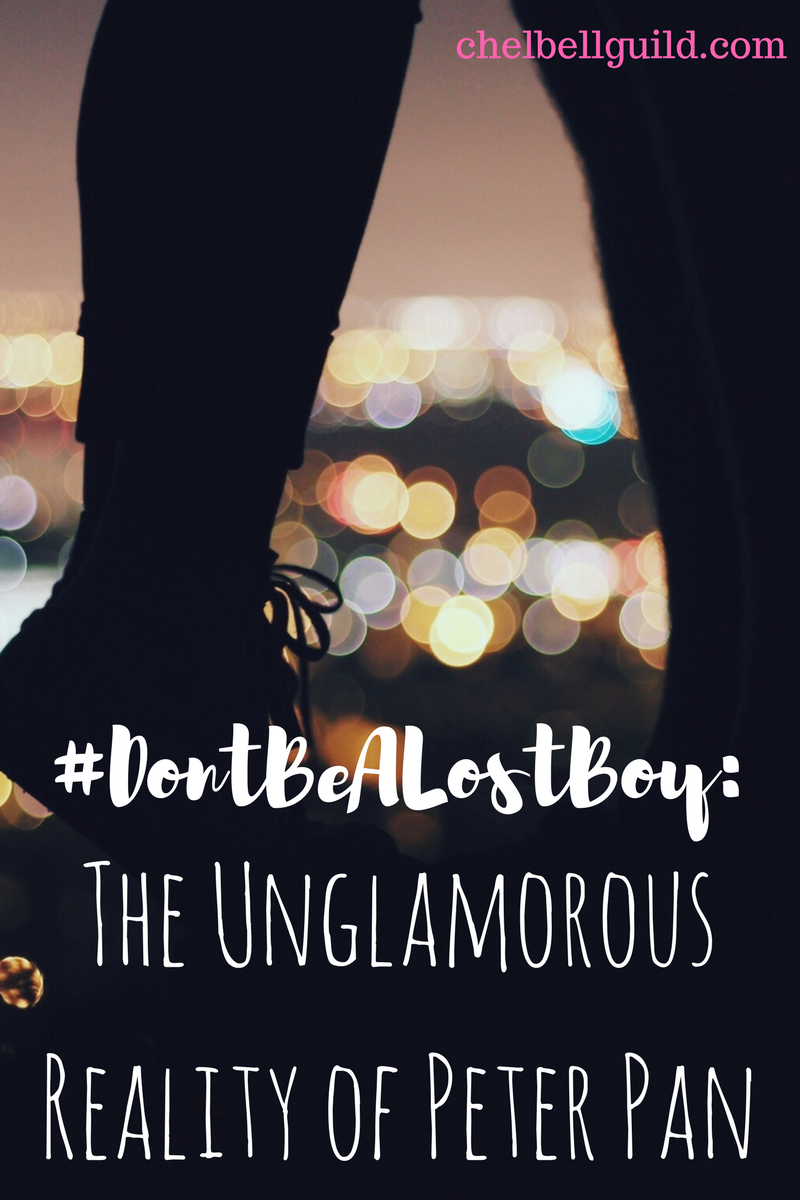 Have you heard the song Lost Boy by Ruth B.? While the lyrics are far from complex, it’s haunting melodies are beautiful to listen to. Apparently, it’s meant to be a universal tale of loneliness and belonging. Call me jaded, but all I can think of is how many young, artsy females are captivated by the wrong guys in an attempt to quell the feeling of being a misunderstood outsider. In the hope that one of these ladies will awaken from her slumber, I have to lament the the very unglamorous tale of any real Peter Pan.

“I am a Lost Boy from Neverland,” Ruth sings, “Usually hanging out with Peter Pan/And when we’re bored we play in the woods/ Always on the run from Captain Hook.”

I have made many a poor relationship choice in my day, but I’m seeing a trendy phenomenon lately of eclectic (and yes, sometimes just straight-up hipster) women in their early 20’s settling in with men who would otherwise be considered The Guy On The Couch from Half Baked. They’ll deny it. These boys (because that’s what they are, even if they are 28 and should be men by now), are dreamers, future entrepreneurs who shun business degrees, who people just won’t give a chance to, who have had a string of bad luck, who— can’t take responsibility for their own failures??

While the men may be, to put it bluntly, unmotivated losers, the women are absolutely blinded to and offended by this notion. Let’s look at who the women are: They are free spirits. They are artists, musicians, concert-goers, and travelers. They seek adventure and mind-opening experiences. They are craving a home, metaphorically or otherwise. These women also fear failure because society tells right-brainers from an early age that our hearts’ desires won’t actually bring home the bacon. We’re told to pursue those dreams, sure, but as hobbies, and to find a safe career in the meantime. They probably don’t have a lot of sound guidance or reliable funding being thrown their way either, so college may be off the table.

Then along comes these seemingly inspired souls. They just wants to be positive and run with the YOLO mentality. Fuck society’s rules. They make these women want to be a better people….or so it seems. They laugh, they have fun, and then the reality sets in that these guys have a million excuses for why they’re broke.

If you’re still with me Lost Boys- er, um- Girls, it doesn’t matter how good he looks, how many protests or rallies he goes to, which instruments he plays or which app or start-up he’s creating. A scrub is a scrub is a scrub.

And here’s the clincher: in most cases, it isn’t just a phase. This guy will be up to the same shit, using the same excuses in 10 years. Mark. My. Words.

When you see women in their 40’s busting their asses to provide for kids and even grandkids while their husbands are trying to get disability or spend many nights in the local dive bar, how do you think that happened to them? Do you honestly think they weren’t having as much fun as you at your age?

Eventually, you’ll realize your fantasy is bigger than what Peter Pan can provide you. There are limits to Neverland, and an awful lot of things you’ll never get out of life if you stay with him.

Your story doesn’t have to be one of doom and gloom! If we’re sticking with pop culture themes, leave the Lost Boys and make heaven a place on earth. OK, I’ll join this decade: Do you. If you’re feeling lonely and confined, do what inspires you. Work hard so you can play hard! Travel, volunteer, educate yourself, and create beautiful things. If your environment is dragging you down, MOVE. Don’t blame your circumstances or people who have crossed your path for your failures, or that is what you’ll attract. Once you have what you want, you’ll meet a true kindred soul. And make sure he’s as forward-moving as you are.