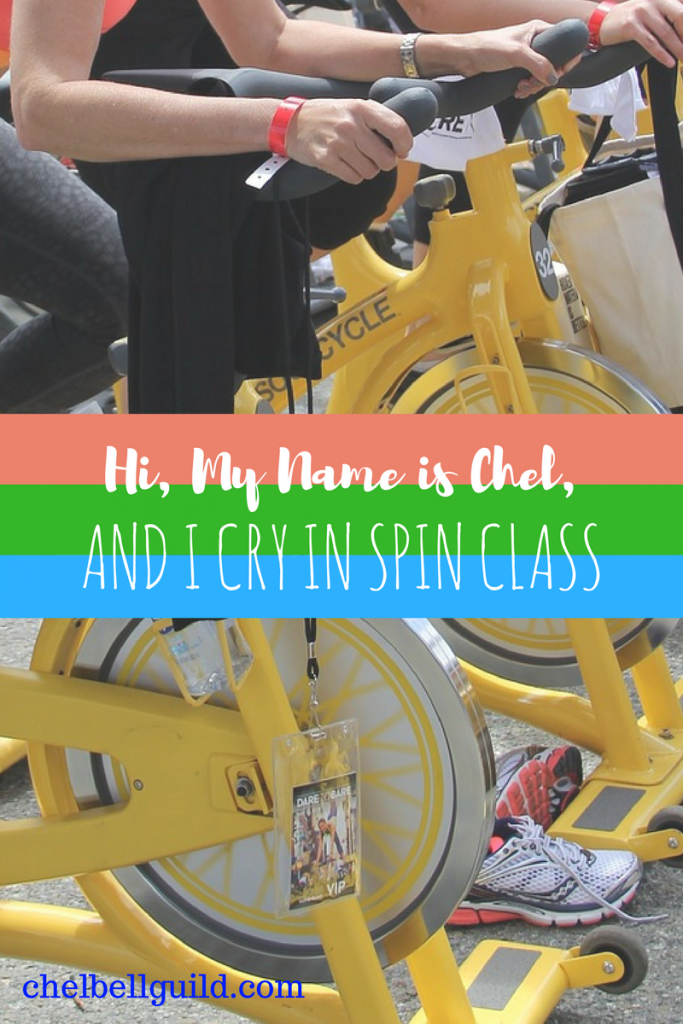 After years of avoiding spinning and any other overpriced, trendy fitness classes that popped up, an opportunity arose for me to give it a try. It was somewhat of a team-building exercise for Detroit Moms Blog contributors and was on the house, so I had nothing to lose. It’s pretty well-documented that I’m no athlete, but I did join a gym two months ago and can now officially go a little farther than my mailbox before getting winded, so this challenging cycling class wasn’t completely out of the realm of possibility for me.  I don’t do boot camp-style classes and I’m not competitive, so I planned to just take it down a notch if I couldn’t keep up, which I did and everything was copacetic…until the room went dark and a sudden wave of emotion swept over me. And I cried.

Afterward I learned this is actually a pretty common response, sometimes referred to as emotional flooding, when repressed feelings and fears come to the surface.

But let’s back up. 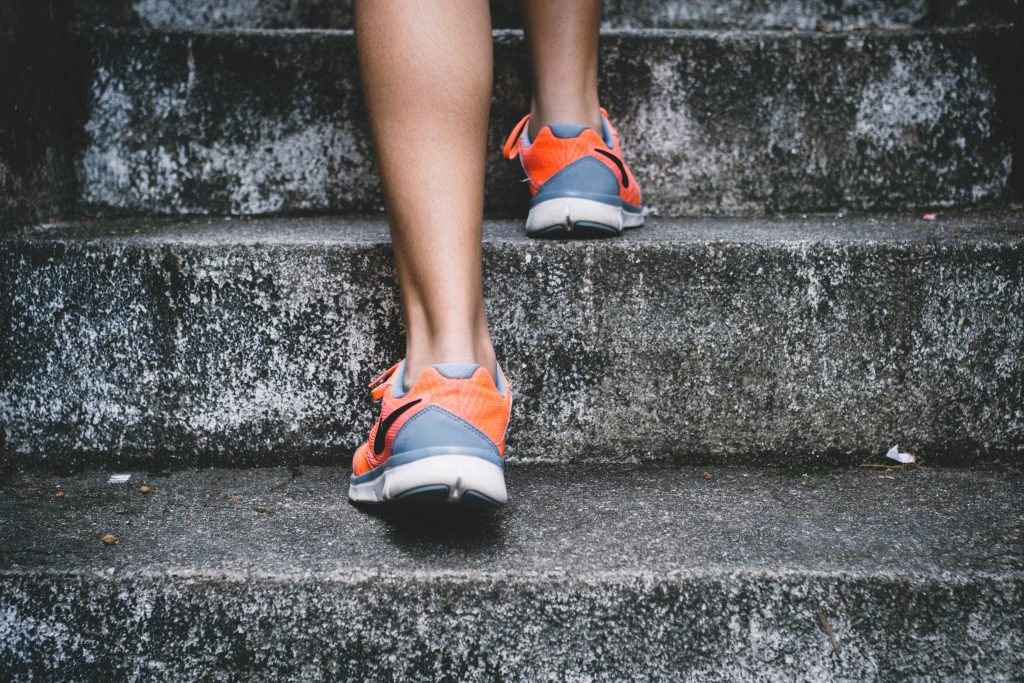 If you’ve been a reader for a while you know I’ve been through some shit. While I’ve been on a non-stop train of both positive and negative changes for the last six years, in reality, my autobiography as a whole is pretty cray. It’s hard for me to pinpoint a time of normalcy (but stability’s boring, right?). The latest emotional tests have carried the resounding theme of mortality. My mother is currently battling cancer. My aunt is doing the same; my best friend had her turn with cancer in 2015; my step-dad died from it the year before that; my grandmother died unexpectedly in 2013; and I had to come to grips with my own small-in-comparison health issues in same span of time.

While we can all “eat clean,” run marathons, avoid vices, and still be stricken with horrific illnesses, science shows that our choices have the power to add and subtract years from our lives.  (And when you deny science, you ride with Trump #amirite? But I digress…)

With all of this in mind, and a serious craving for some me time sans toddler, I joined my local YMCA (which offers childcare while I work out).  Not only can I take unlimited yoga classes there and spend as much time as I want in the wellness center, but the sense of community that is overwhelming in the best way. The March Madness fitness challenge has been the closest thing to competition I’ve felt since joining, and the fact that my hard work (despite chowing down on Cadbury Mini Eggs) got me all the way to the Final Four was inspiring. When I first walked in there, I could do four minutes on the stair climber on a low setting. Two months later, I’m doing 10 minutes at a time on a high setting. Progress! 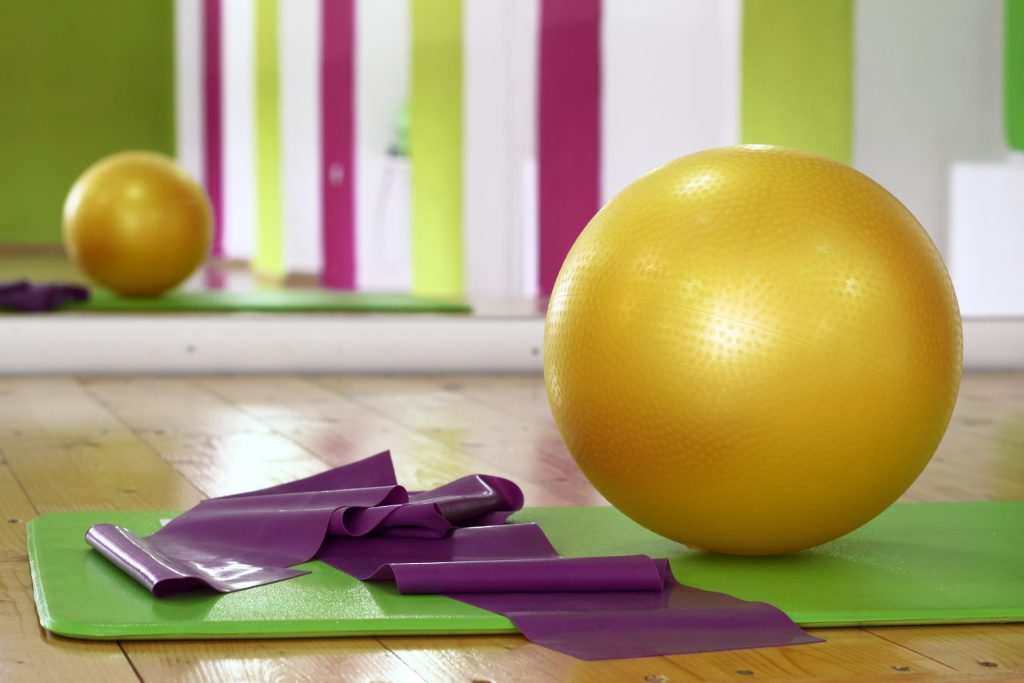 Fast forward to the day I walked into CycleBar. There I was, pedaling along to the beat, albeit slower and at a slightly lower resistance than the class was instructed to be at, when I experienced a range of sensations. First, I felt hot and nauseous, and because of this, I was acutely aware that if I were to need to make a quick exit, I didn’t know how to unclip from my bike. (It had taken me an unusually long amount of time to figure out how to clip into the bike in the first place.) Because of this, I felt claustrophobic, suddenly realizing how small the room actually was, and how much heat we were all generating. I could hear my heart beating. No stranger to panic attacks, I slowed my pace, used my best yogic breathing, and focused on being present in the class.

My default is to blame myself and to think I am the only one in any give situation experiencing certain things. In this case, another student actually left the room for similar reasons and I had no idea because I was so wrapped up in myself. (After class, the instructor explained that nausea is common when giving the cardiovascular system such an intense workout, even if the rider allotted enough time after eating before getting on the bike. He recommends that riders turn down the resistance to zero if they have to, or to take a break and have some orange juice.)

Because I’m used to having to talk my nervous system down from a ledge, all of that passed and I got back to enjoying the class. 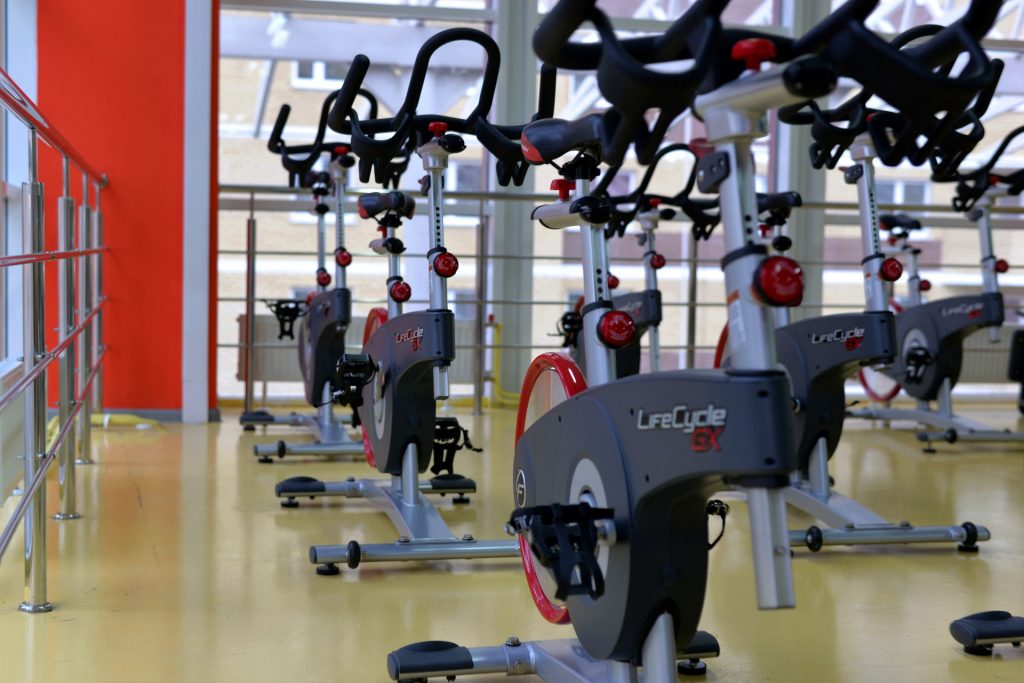 I should explain that, at least with CycleBar spin classes, the room is dimly lit. The lights alternate from red to blue at times, but not like a strobe light. The only other glow comes from a small screen attached to your bike that gives you your stats. Music is blaring, but it isn’t uncomfortably loud, and ear plugs are available for those who are sensitive to it. At one point in the class, the room falls completely dark, except for those small screens. This is somewhat of a cool down period ahead of the final stretch. The music is slow and inspirational. I can’t even remember the song that was playing during this portion of the class I attended, but I know the lyrics had something to do with not giving up.

I swear to you that my mind was blank. I wasn’t in pain. I wasn’t having an epiphany, but suddenly the tears started and the more I tried to control them, the worse the crying became. My face became a mix of sweat, tears and sniffles as I toweled myself and tried to get a grip, not knowing when the lights would suddenly come on and not wanting any attention to be paid to my predicament. Of course once the tears were there, and I realized I was feeling something like sadness, I started wondering why I was being affected this way. The recent confrontations with mortality I mentioned earlier in this post came to mind. Death is the ultimate opposite of health after all. Way to be a downer, Chel! I was sitting in spin class thinking about how I don’t want to die for fuck’s sake! And not because the workout was killer, but because I know that not working out could kill me. I know that I have to take care of myself if I want to be around for my kids. I still have so much on my bucket list and, despite battling suicidal thoughts during serious depression, I really do love life!

And maybe I was crying because the grim reaper is an asshole, because I haven’t made peace with him, I haven’t forgiven him for taking my loved ones, and I haven’t come to terms with the concept of losing either of my parents just yet. 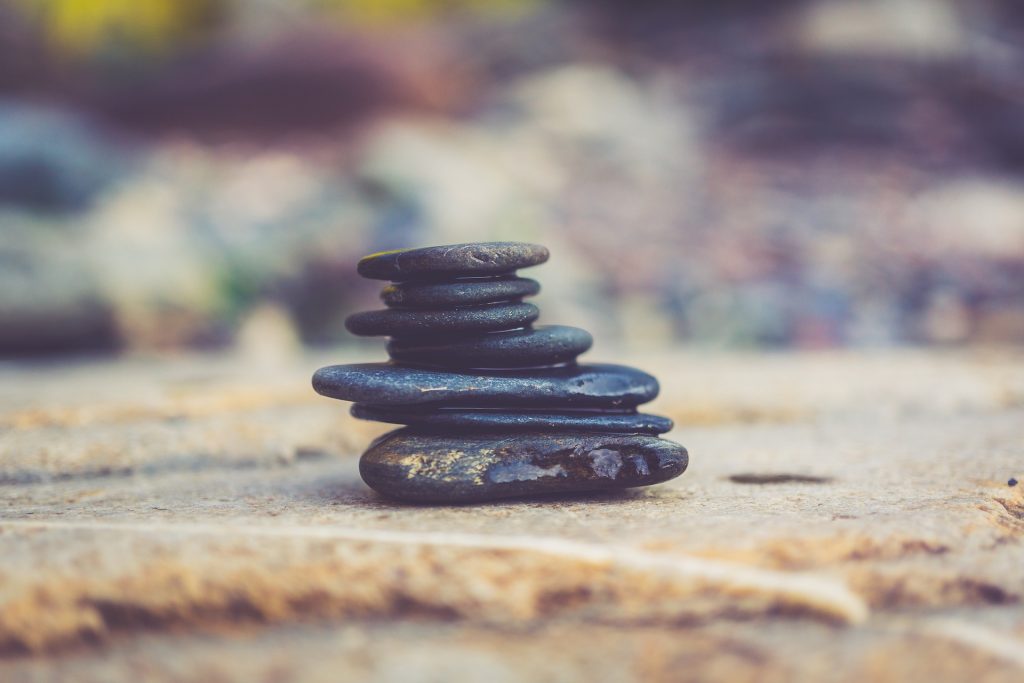 It turns out, I’m not alone in this phenomenon. A quick Google search yields article after article about people’s spontaneous emotional outbursts while exercising. Fitness classes actually exist solely to release emotional baggage believed to be stored in our muscles. (Are trainers creating safe spaces for us to process while getting fit at the same time? Or are they just exploiting us with low lighting and mood music at $20 a pop? Maybe both, but it’s cheaper than therapy.)

While some people have cathartic moments in the middle of a hip-opening position in yoga, more people experience them during stress-inducing activity, like spinning. For some, exercise is the only time they have to look inward. Couple this with the sensory overload of the room, and an instructor giving them the inspirational permission they’ve subconsciously been seeking and it’s no wonder there are waterworks.

Even those of us who actively make time for introspection, however, are susceptible. Simply put, we release endorphins that impact our mood when we exercise (And not always in a positive way, like Elle Woods had us believing!). What’s more, body psychotherapy and somatic psychology help clients heal through the mind-body connection. They’re based on the premise that the mind reveals itself through neurophysiology, posture, gestures, and movement.  BINGO. 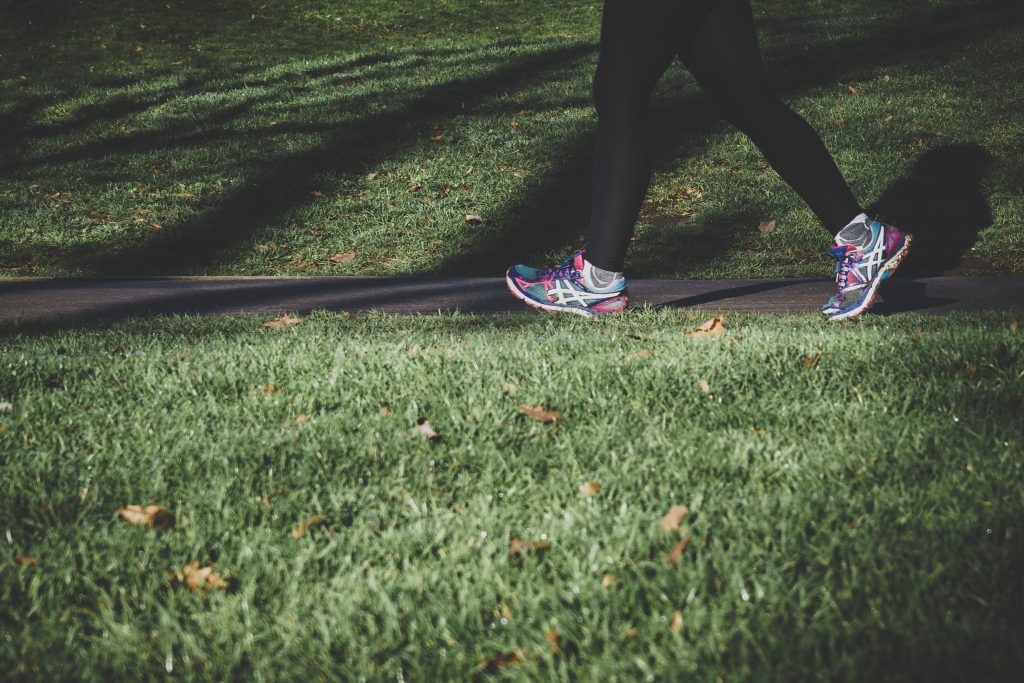 After spilling my guts to my fellow contributors, hearing their stories of similar experiences, and then reading what Dr. Google had to say, I feel…normal. So, if you’ve found yourself weeping while exercising, I’m here to reassure you it likely has nothing to do with your period, or with you not being able to cut it. Let it all out! And in case you’re now terrified to exercise because you don’t want to mentally lose your shit, would you rather have it happen one random afternoon in the grocery store? Cue Mariah Carey’s Emotions.

Have you ever cried while working out? How do you process grief and purge fear?