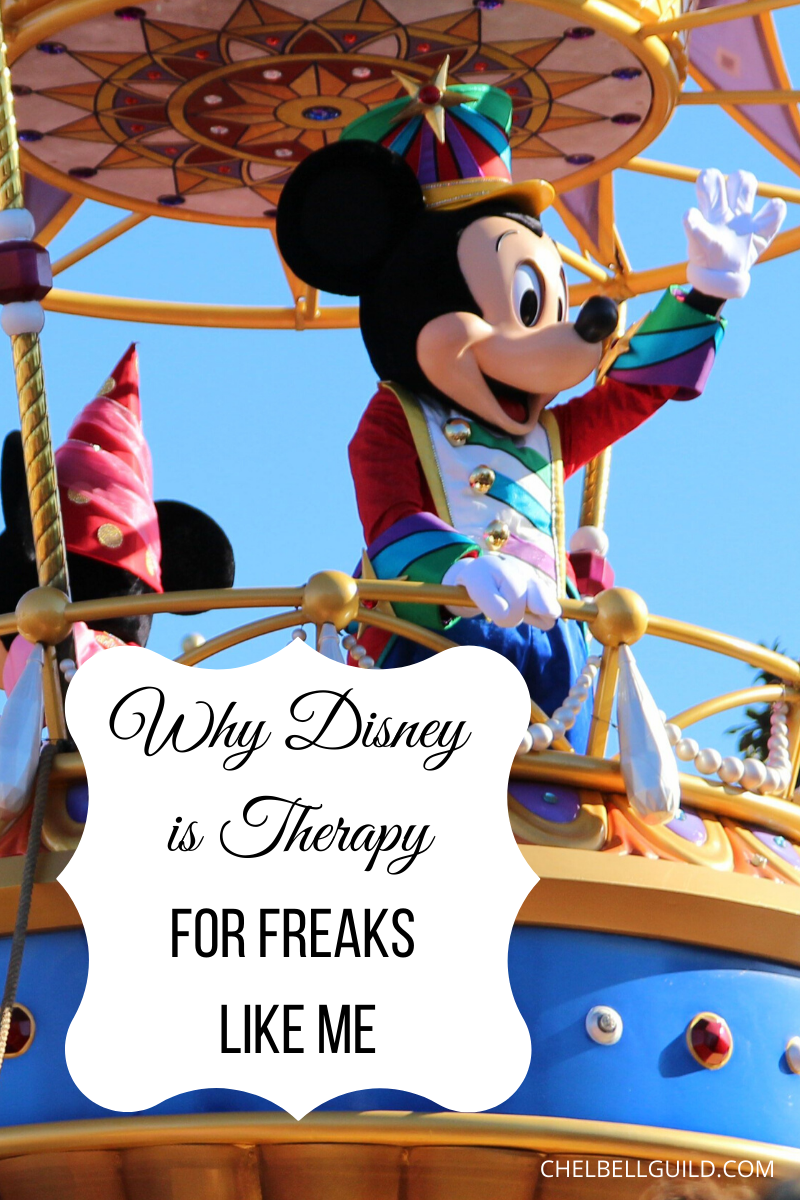 In the crazy times we find ourselves, many of us are seeking escapism in one form or another. And from my end of the smartphone, it’s often Disney that’s bringing joy to the masses. But it isn’t only now that people are stressing out and oddly finding that all they want to do is to run off to The Happiest Place on Earth. It’s actually very common that traumatized adults seek emotional refuge there. In the last few years, I’ve encountered more and more people suffering from anxiety, depression, PTSD, grief, and/or come from dysfunctional upbringings who turn to Disney to make it all feel better. When I found myself (an environmentalist whose blood boils over corporate greed) suddenly among them, I wanted to know why the wounded crave Disney.

To begin to understand this, I’ll have to take you back. 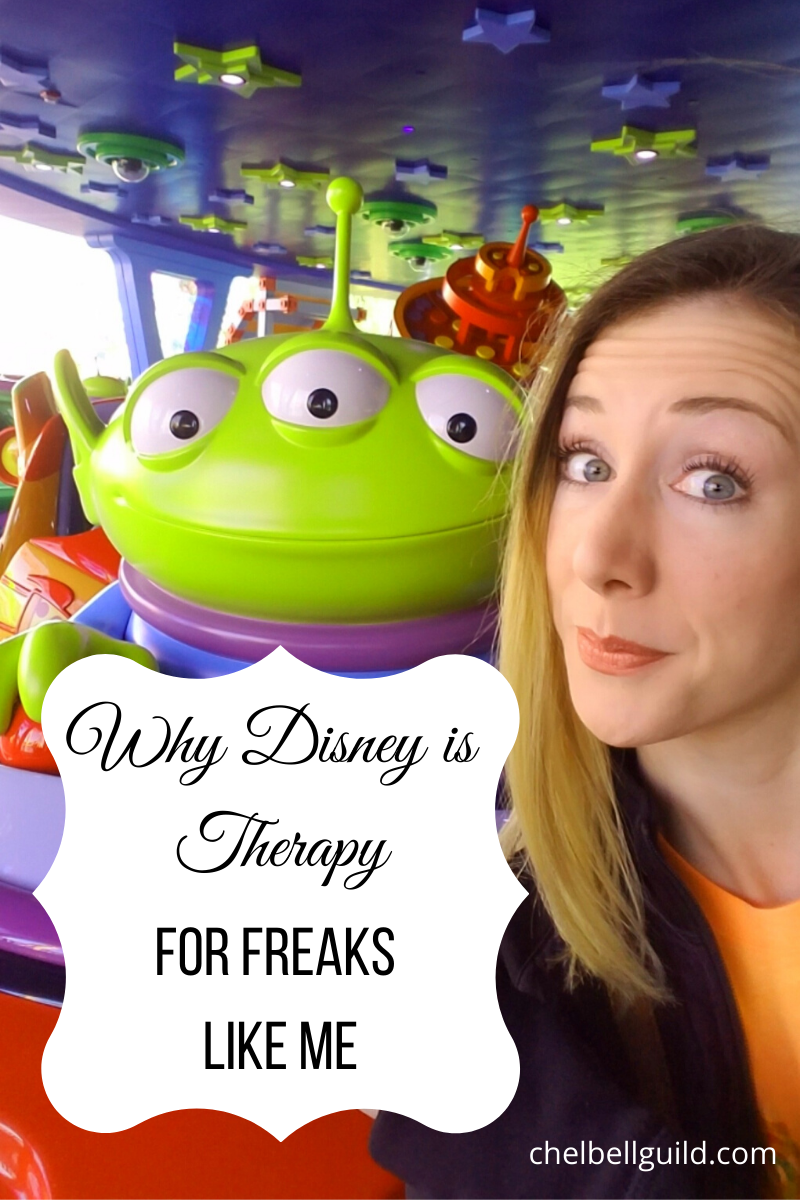 Though I was raised in Florida, I was definitely not an Annual Passholder growing up. Disney World was neither accessible nor appealing to my family. There is one infamous story of how I completely ruined the one and only time my mom’s side of the family tried to visit the Magic Kingdom all together. I was three years old, hot, tired, and absolutely done with the park. My uncle shelled out his life’s savings to buy a massive Minnie Mouse stuffed animal to shut me up, which apparently only worked briefly. (Surprise!) My mom decided to take me back to the hotel, telling me years later that she used me as an excuse because she wanted to cut out of there anyway. Back at the room, she took a shower and then stepped into the hallway (in only a tee shirt and underwear) to set out our room service tray, but the door locked behind her. As she knocked on the door, I called to my mom (thinking she was still in the bathroom) that someone was at the door. Imagine a Who’s on First? scenario…Meanwhile, she frantically tried to convince me that it was she who was outside and for me to let her in. But it was the 80’s and those Saturday morning PSA’s really drilled the whole stranger danger thing into our heads, I guess. 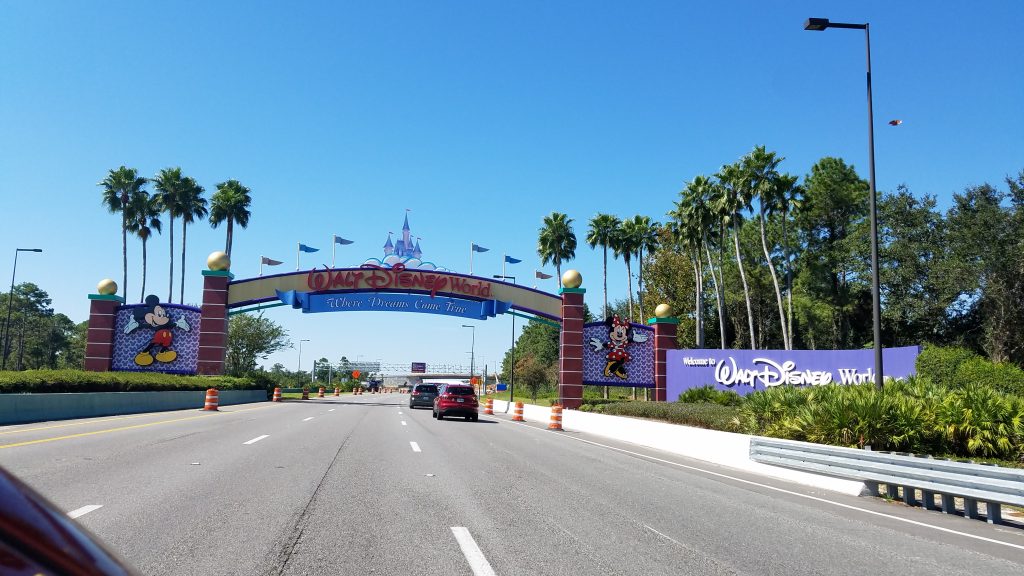 The only other Disney family vacation we took was my version of Hell, but the heat and crowds were the least of our problems. It was just after Hollywood Studios (then MGM) opened when my mother and her much younger, very bipolar, drug-addicted husband decided to take my older sisters and me on an All-American vacation. Though her intentions were good, it was a turbulent time and my mom was drinking heavily as a coping mechanism. While I know she wanted a storybook life and taking us on this vacation was her attempt at living out just one weekend like a “normal” family, it’s also highly likely that the two of them wanted to get away from the watchful gaze of my grandparents for 48 hours. We stayed in the only thing we could afford, which was a roach-infested motel somewhere in Orlando. I vaguely remember MGM as being a park that had nothing of interest to me. There was Who Framed Roger Rabbit and Indiana Jones, but the show that drew the biggest crowds that day was the Dysfunctional Family Circus, also known as my wasted parents obnoxiously and violently fighting in the middle of it all. Security got involved at some point. My then step-dad left. I remember the four of us remaining family members sitting in the completely empty parking lot after dark, waiting for him to return. My mom never went to Disney again. 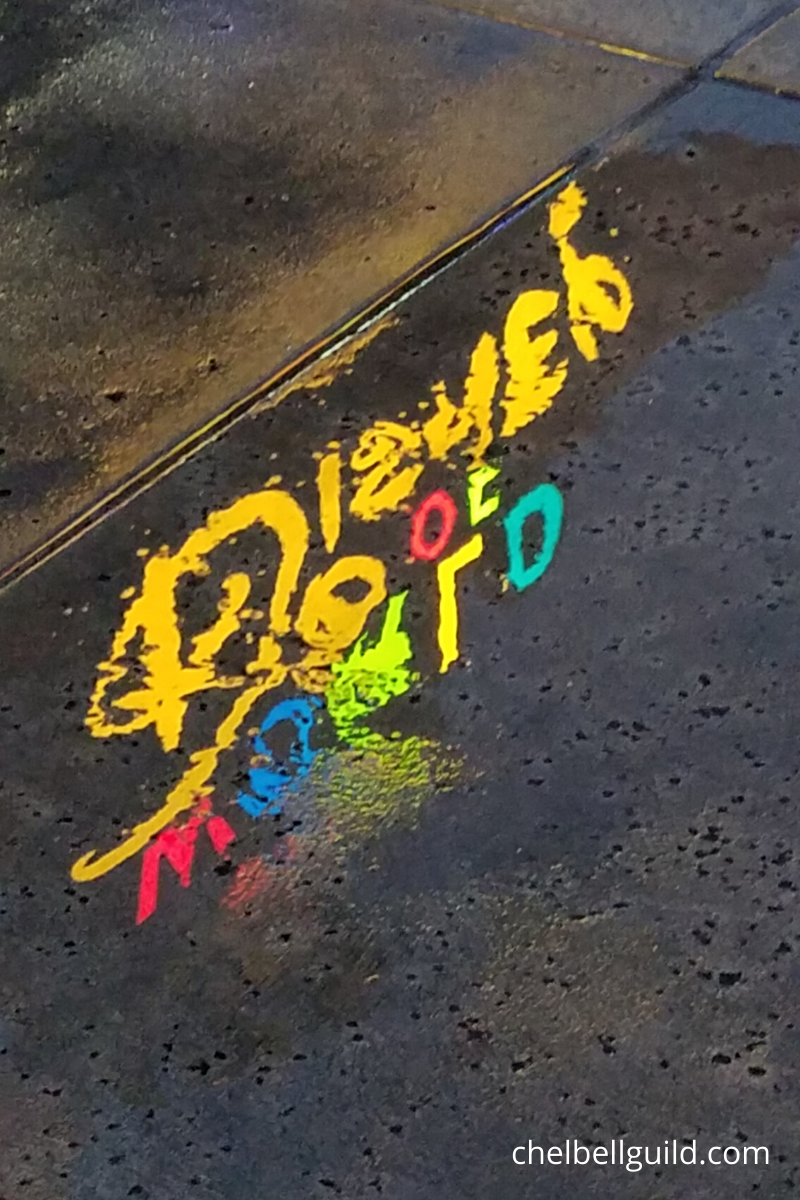 That experience was one of many that taught me that going on vacation with my mother (without adult supervision) would be no vacation at all. There would be late nights, unknown factors, and I would likely be sick to my stomach with worry. While I would not return to Hollywood Studios for nearly 30 years, I was still in love with the rest of Disney World. And maybe it’s because of my tumultuous upbringing that Disney seemed so appealing to me. I called the 800-number myself to order the vacation planning VHS tape, and dreamed of my future Cinderella-style wedding. I watched, drinking the Disney Kool-Aid, envisioning the magical vacations I would take with my own Prince Charming when I grew up. (I actually bought a license plate frame with all of the princesses on it that read, “Looking for Prince Charming,” when I was 18.) I wanted lightness and happiness and it was there that life was perfect, wasn’t it? 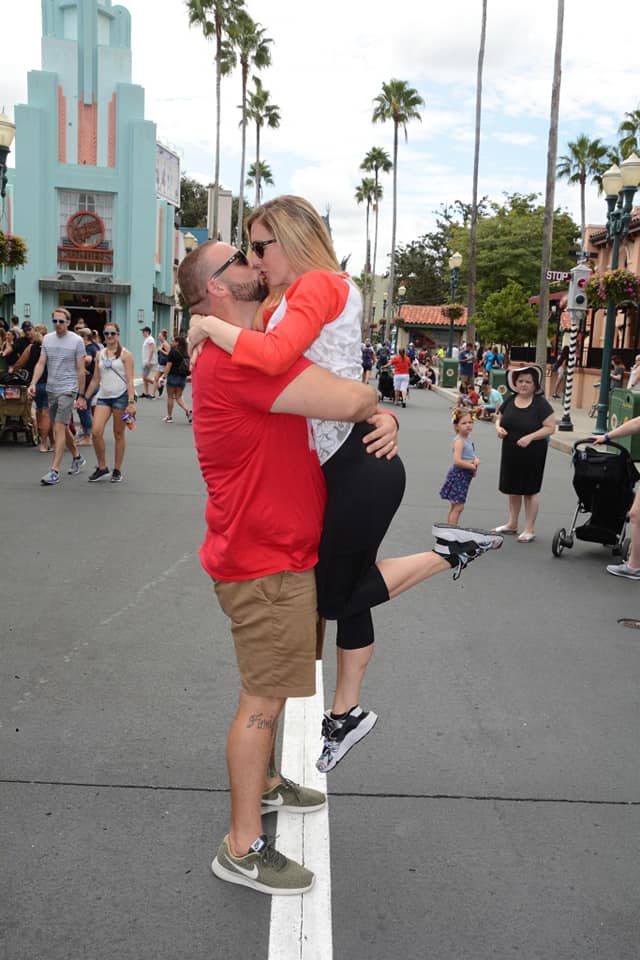 While it has always appealed to me, I never quite understood the obsession some grown, often childless, adults had with Disney. Decorating their homes and offices with all things Mickey and Minnie? Wearing Disney t-shirts? Spending every vacation day and dollar on Disney trips? Totally insular, I judged. And then the perfect storm hit. My mom died after a series of other losses and major life transitions. An overabundance of grief washed over me at a time when I happened to be a Florida resident with a young child and some extra income. Hello Annual Passholder status! Walt Disney World was suddenly the cure for all that ailed me. The nostalgia was thick and the joy of creating new memories with my husband and son was like nothing else. It was at Disney that life was fun and safe, with the perfect balance of predictability and surprise. There was magic, if not precisely curated and mass produced, but I think most fans understand that the real magic is in that very blend of nostalgia and joy that Disney can provide. 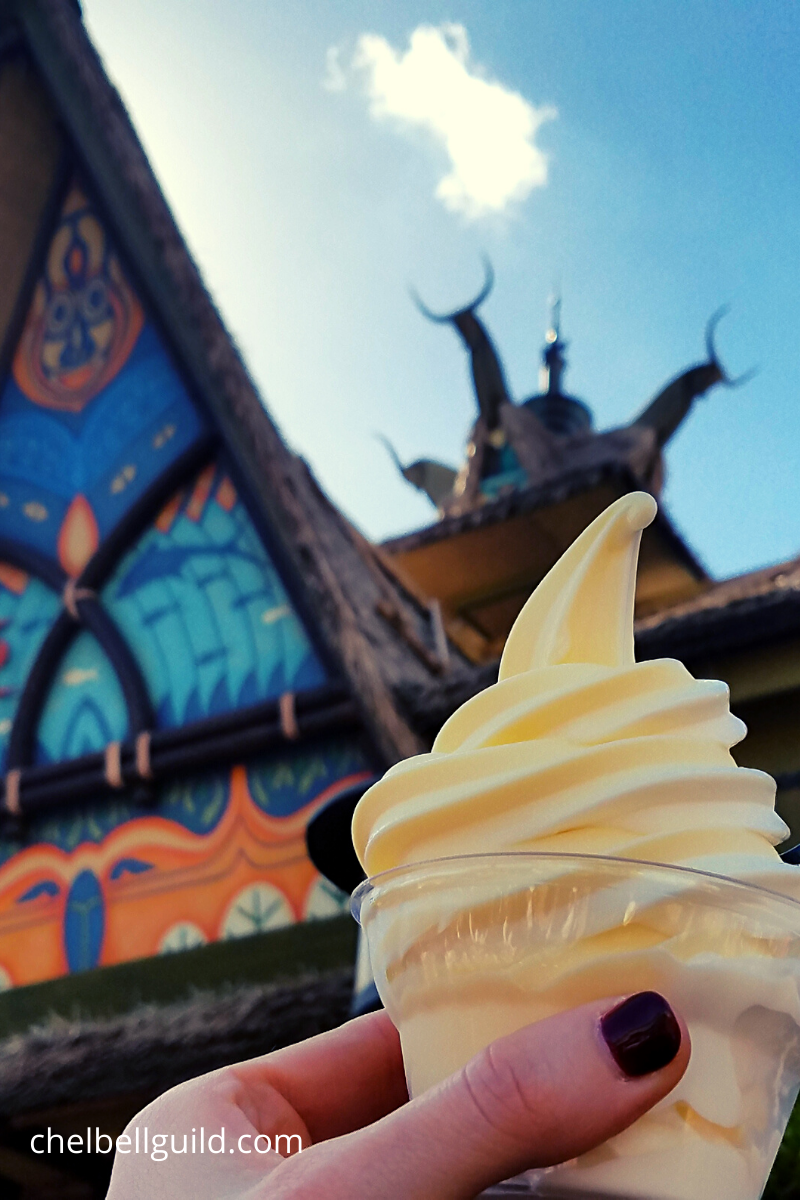 Only it doesn’t always provide that, as evidenced by the Dysfunctional Family Circus…and sometimes, it’s the pressure to make those magical memories come hell or high water that robs park-goers of them. Trying to cram too much into your visit (trying to do ALL the things on your Disney bucket list in too short of a time), going during the hottest and busiest times of the year, staying at the shittiest motels to try and save a buck, and not taking a break when your cranky kid needs to rest are all part of the recipe for disaster. 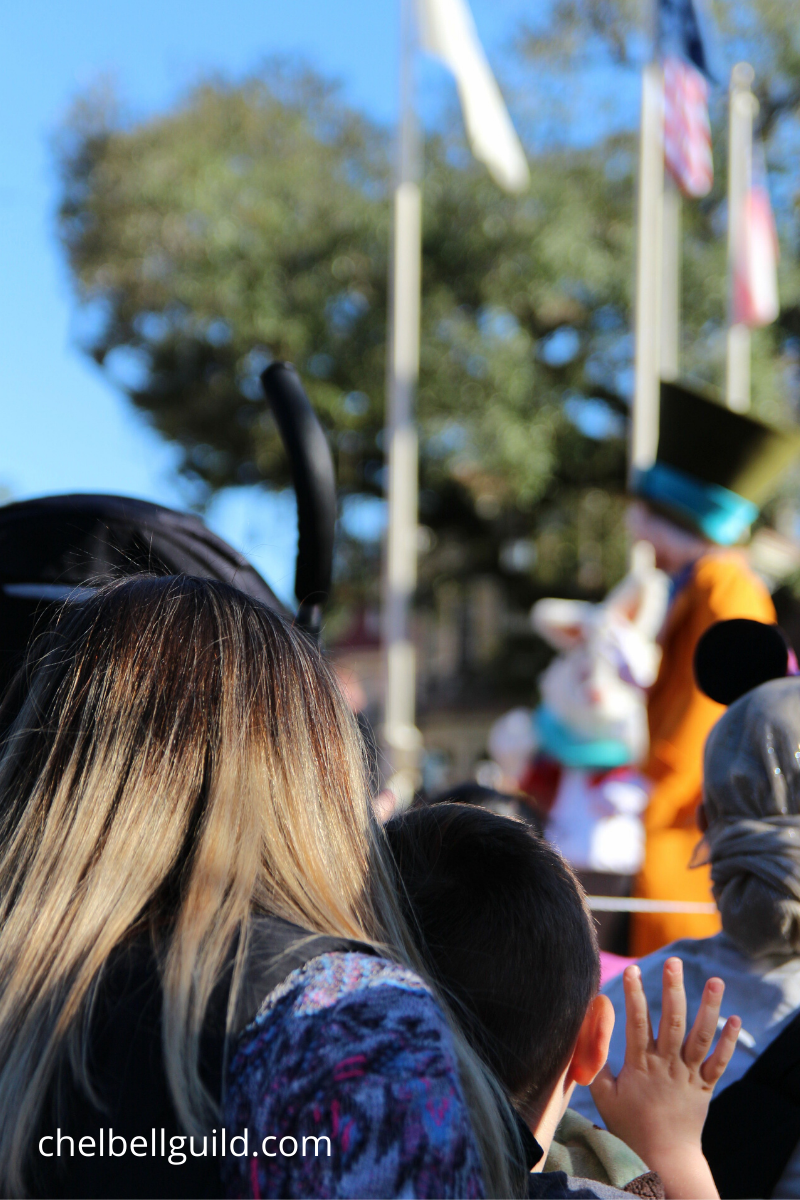 I don’t know for sure what the connection is between grief recovery or abuse recovery or depression or any number of mental health concerns and Disney World (OK, I get how this sounds, and while you don’t have to be mentally unstable to love Disney, admit it: “we’re all a little mad here.”), but head to any Disney forum and you’ll find countless adults with the same sentiments. Some are mourning, some are distracting themselves, a great many are giving themselves a childhood they never had, and it’s safe to say that everyone is escaping something even if it’s only the daily grind. Very few are obsessed with cartoon characters. The characters, more accurately, represent ideals and emotions. They are reminders of what’s possible. (Sure, amid impossible story lines, but do as the Princess and the Frog and “dig a little deeper.”) 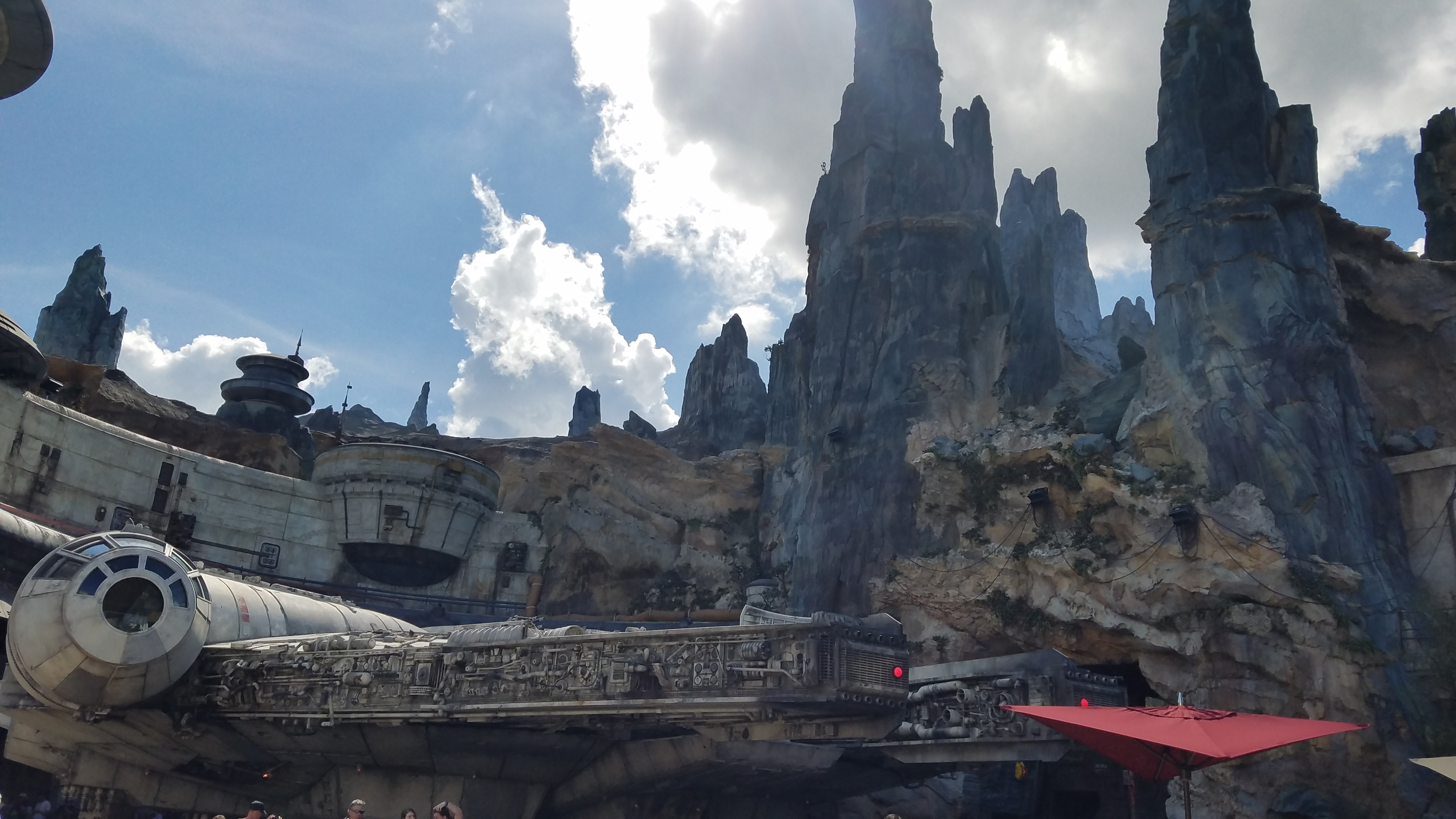 Some of us believe The Force is real.

Disney has the ability to make you forget anything other than your surroundings, thanks to its expertly crafted sensory overload. And for a lot of us, temporarily forgetting is the best gift anyone can give us. Yes, there are more majestic places on earth. There is better cuisine, better spas, awe-inspiring works of art, and museums full of treasures. There are Seven Wonders of the World and countless, breathtaking views. Mountains to climb and waves to surf. No one is disputing that. 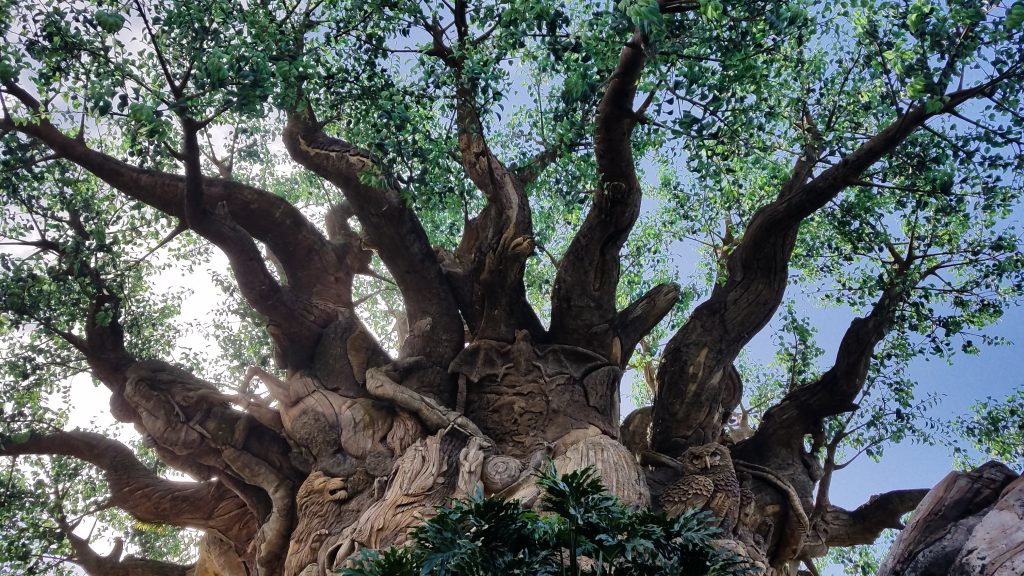 When Los Angeles Times writer Todd Martens wanted to know why he kept going back to Disney instead of traveling elsewhere, he sought out Irving Biederman, a professor of psychology at USC. Biederman asked, “Does your repeated engagement with the Disney experience stem out of anxiety or fear of less safe, less predictable settings? Your self-awareness of this as a potential problem is an indication that this engagement with the world of Disney is not a distortion of reality.” Adding, “If your passion was music, painting, cooking, chess, or automobile mechanics, people wouldn’t bat an eye.” Exactly.

And Disney, we must remember, is a money-making behemoth, churning out excessive amounts of merchandise and raising the costs of ticket prices and hotel stays at an alarming rate. Some might argue the company is preying upon its guests, but I find it to be a mutually beneficial arrangement, at least temporarily. This isn’t a vice I’d recommend long term, but I can think of many more expensive and more destructive coping mechanisms to have during hard times. (And most don’t leave you with happy memories to look back on.) 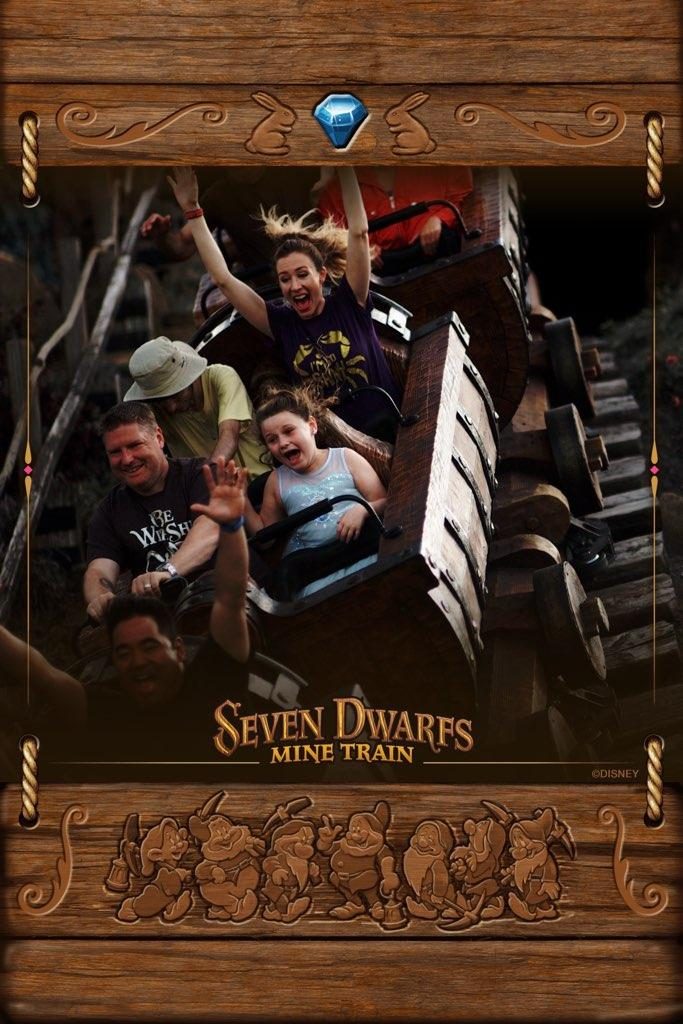 Living my best life with a bunch of strangers.

Now we find ourselves in a scary situation that not even Disney can fix. Those of us who want to escape to Neverland are relegated to YouTube and Instagram, to watch videos and dream about the future. And the thought has crossed all of our minds that the last time we went was the last time we will ever go. Remember, those who seek out Disney to cope with grief and trauma, are acutely aware that bad things happen and that good things come to an end. We just– magically –never considered one of those things could be Disney itself.

I know this sounds dramatic, that there are much more serious concerns at the moment, and that going to Disney at all is a massive privilege. And for the fans who might be freaking out: Disney isn’t going under, that I know of. 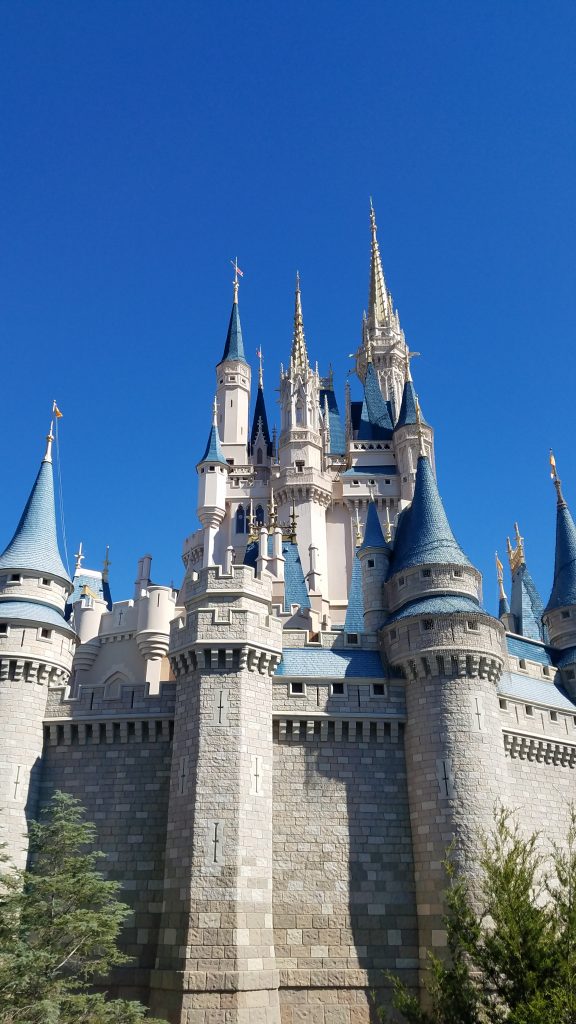 I’ll end on this, while being fully aware of how absurd it sounds: Frozen 2 is triggering and cathartic for those of us who’ve struggled with existential crisis and Disney knows it. Take all my money, Disney! Whether you can relate or you’re just having a hard time processing the current mess we’re in, remember the wisdom of Pabbie the troll (Did you know that was his name? Neither did I. Thanks, Google!). “When you can see no future, all you can do is the next right thing.”