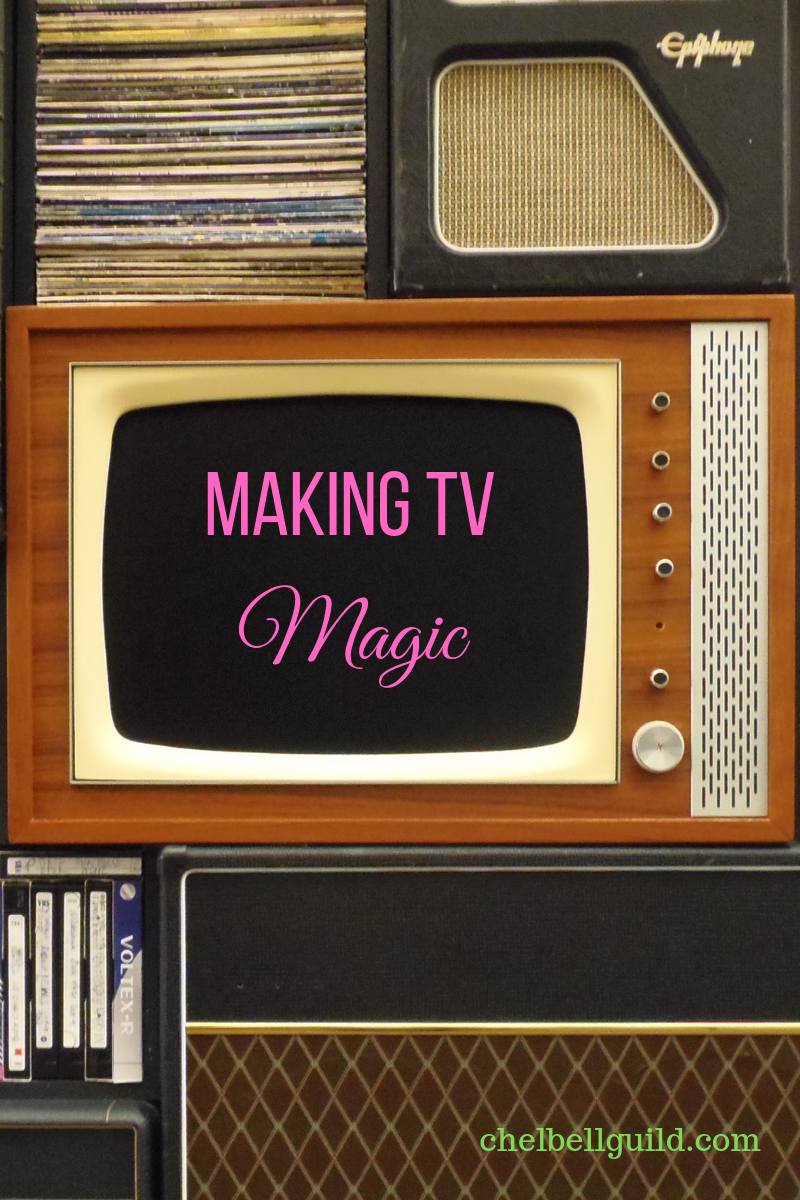 This is a sponsored post, but all opinions are my own.

When people hear that my husband works in TV, they immediately wonder if he’s on-air talent. The reality of broadcast television is a lot different than the assumptions about “the media” from the general public. It’s a lot less glamorous and magical, though there definitely are perks to the job. In truth, a career in broadcast often requires moving around the country frequently, climbing the ladder of better and better local markets until reaching the holy grail of opportunities: network television. It’s a lot easier (and better for your self-esteem) to get there by working behind the scenes versus competing against everyone trying to get on camera. And that talking head that becomes synonymous with the station or network? He or she is only a small fraction of the team that makes a show possible. My husband and I actually met while working at a local station as part of one such team. I was the sole web editor (at a time when that position was looked at as disposable and sorely underpaid) and he was a master control operator. Today, he’s a manager of a team of production broadcast engineers for a major network. While I’m biased, the truth is that without broadcast engineers, there would be no television. And yet the question we always get is, “So what does a broadcast engineer do?” Usually, that’s tough to answer in a non-technical way, so I asked my husband to break this down for us in a sort of “for dummies” way. Here’s our convo: 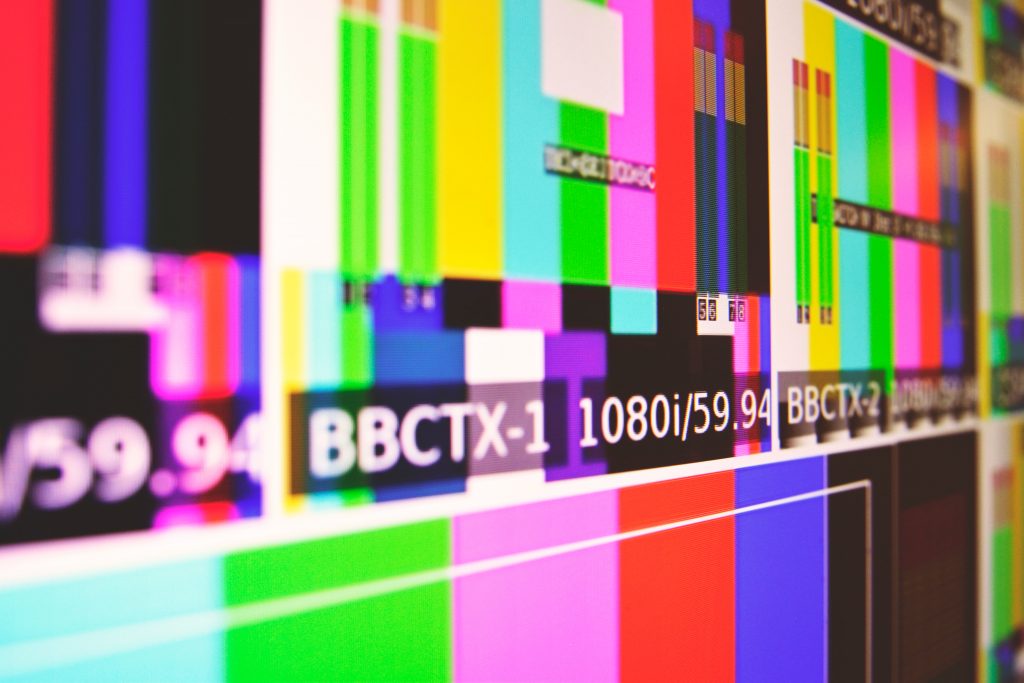 Q: What exactly does a broadcast engineer do?

A: Broadcast engineers do everything from ordering and maintaining the equipment in the studios (think cameras, microphones, lighting on the set, the actual set itself) to getting the signal to the TV at your house to everything in between. We design the technical infrastructure to allow for the video from the cameras to make it to the control rooms, along with all the other video sources needed to create a television show (meaning the prerecorded video clips, graphics, live remote locations, to name a few), to master control (where commercials are added and the shows are aired in order), to an encoder (which compresses the video so you can actually watch it), to some method of distribution. Depending on the way you watch TV that might be antenna (also known as over-the-air), online streaming, satellite, or cable provider.

*People, this process truly is magic because the technical way all of the above happens is super tedious and we almost ended our marriage trying to translate it into something digestible for you! 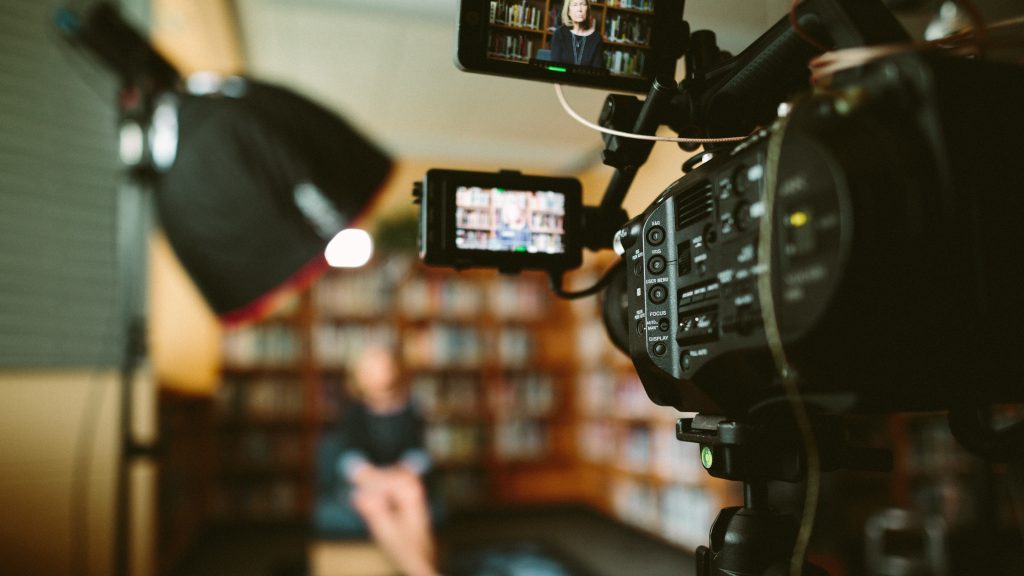 Q: Producers come up with a concept for a show and need to figure out exactly how much it will cost to bring it life, long before viewers get a chance to love it or hate it. What do you do next?

A: At the network level, a separate department referred to as scenic designs a set. Engineering will then take those ideas and build the technology design based on the requirements. This could include a massive LED wall in the center of the set, for example. We create a very detailed plan as if we are starting the project, even though the whole thing could be scrapped. This means getting quotes from vendors in order to bring all the pieces of the puzzle together. The project is either approved and we start to build it or it’s denied (temporarily or permanently) and we move on. 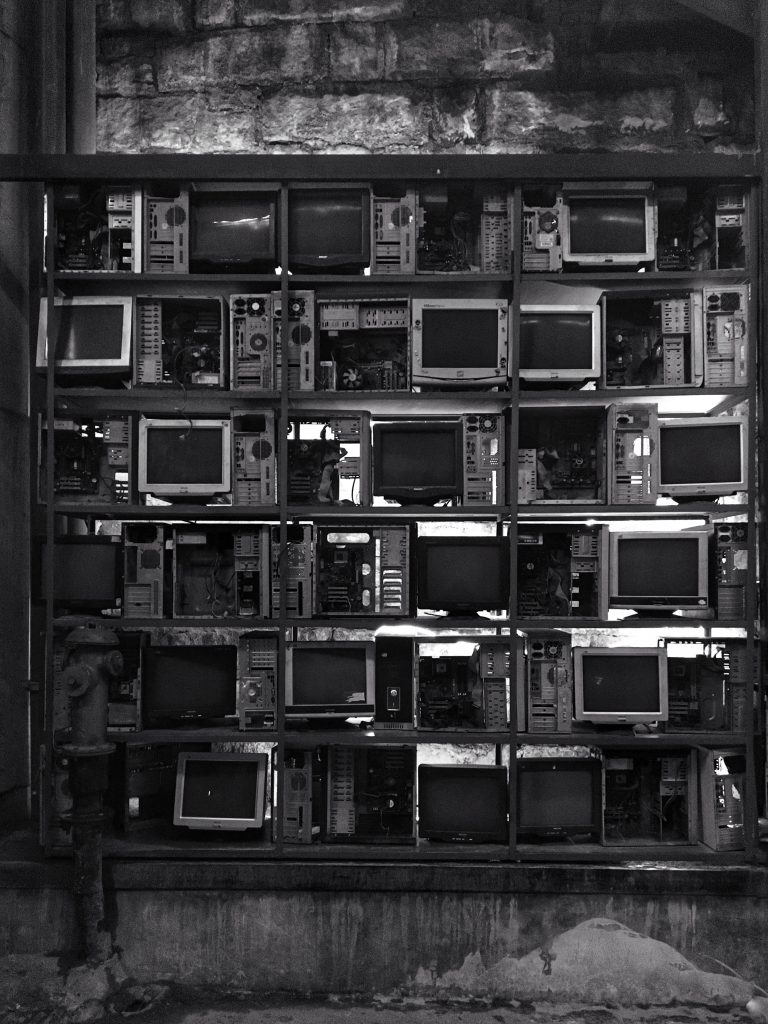 Q: What else do broadcast engineers do?

A: Well, they don’t just work at TV stations and networks. Broadcast engineers also work in sports arenas and at large entertainment venues.  Instead of managing an entire channel though, engineers at these venues would be handling one show at a time. In this case, the “show” would be the game, concert, or event. They design, install, and maintain all of the LED lights, screens, and signs inside and outside of the venue. It’s actually a huge part of any broadcast engineer’s job to work with vendors. Broadcast engineers at arenas have to work pretty closely with companies like Irvin, Inc., for example, out of Tampa. Irvin, Inc. provides billboard supplies, signage lighting, outdoor and indoor lighting, digital signage, and safety equipment engineers need to bring projects to fruition. 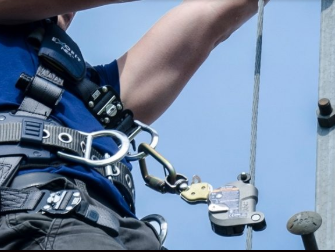 *Editor’s note: Irvin, Inc. has been in business for more than 20 years, but continues to evolve. They recently expanded to include LED and solar lighting. The company provides the most innovative and advanced solutions on the market, partnering with outdoor companies, sign shops, independent electrical contractors to take businesses to the next level. You can learn more about how Irvin, Inc. can save your business money here. 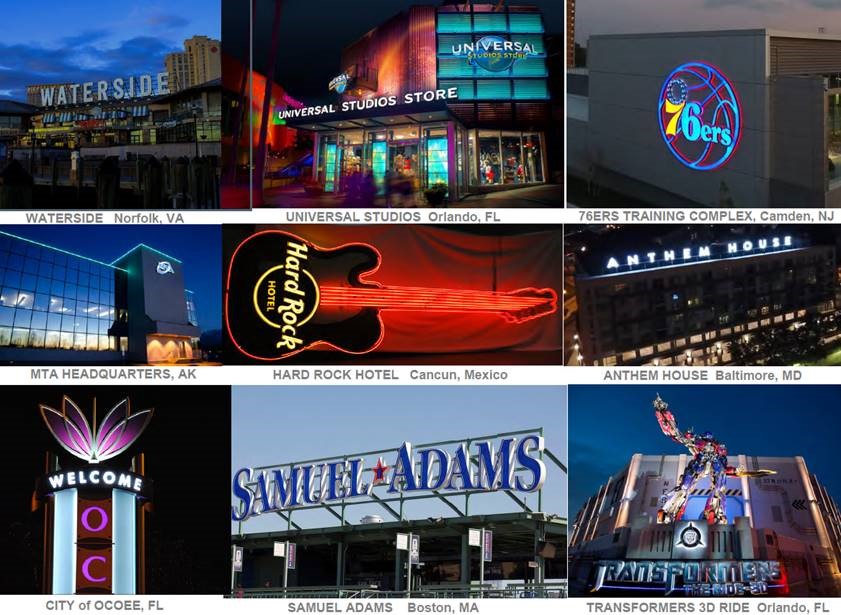 (Just of few of the projects Irvin, Inc. has collaborated on.)

Q: People assume you need a degree to get a lucrative job in tech. What education is required to be a broadcast engineer?

A: I don’t have a degree. I worked my way up from my first TV job as a production assistant at the age of 16. Almost anyone can become a broadcast engineer, as long as they have an interest and show that they can do the job. Excelling at the job is a different story. The only way to get promoted is through continuing education because technology is ever-evolving. Becoming a part of broadcast associations, like SMPTE (Society of Motion Picture and Television Engineers), and getting relevant certifications over the years will help you succeed. 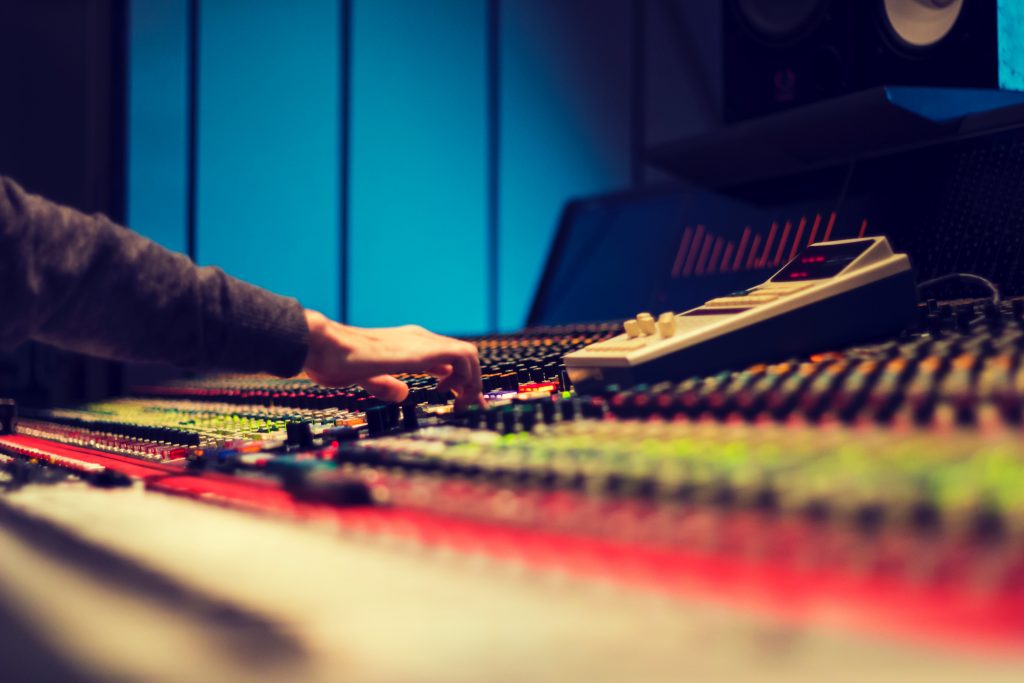 Here’s what I’ve observed while being married to a broadcast engineer: they do it all, from working on the outside of the building to running cables throughout the building to sitting behind a desk planning the design of a project. They might be working in the heat, rain, or snow, or working in a climate-controlled environment. They might have a pretty routine schedule or might be on-call flying around the world to help solve network problems to make sure you can watch your favorite show (or game). Broadcast engineers are also the people who risk their lives, building and maintaining those giant transmitter towers you might mindlessly drive past on your daily commute. The scope of the job is huge, and answering the what-exactly-do-you-do question can be hard to answer, but I think we’ve done so today! 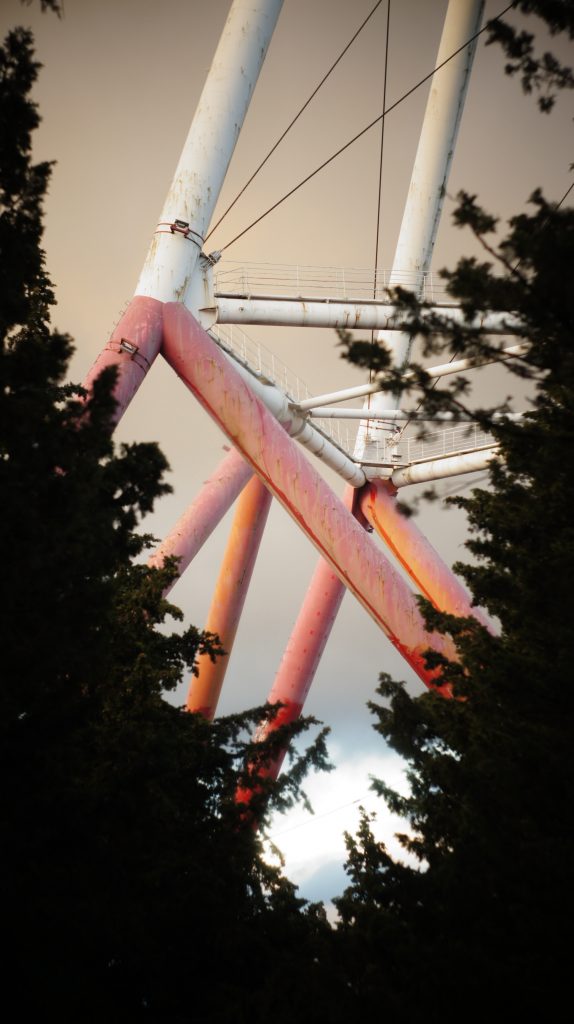 Have questions about how TV magic is made? Send them my way and I’ll answer them in a future article!